This is still in draft – pictures and words to be added and refined. Please check again in the next week or so

Ubuntu Budgie 21.04 is a normal release that will be supported for 9 months until Jan 2022. Long Term Releases such as 20.04.2 provide assured stability over a longer term (3 yrs) than a standard 9 month release. Critical and stability fixes will be released for all the supported Ubuntu Budgie components; these will be undertaken by ourselves, Canonical and the wider Ubuntu community.

In these release notes the areas covered are:

Ubuntu Budgie is the sum of many hundreds of developers working together. For 21.04 your Ubuntu Budgie team have unfortunately done a bad thing … we have rocked our largest release ever…

For 21.04 we now have our very first Raspberry Pi 4 image – this is an area lots of members from the UB community have talked about over the years – and its thanks to new team member Sam Lane that we have made this a reality. Do checkout our release notes specifically for the Raspberry Pi 4 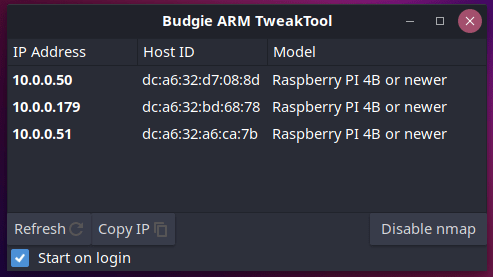 Budgie Desktop has now been uplifted to the very latest v10.5.2. We are pleased as a team to have contributed to this release – the results from the whole budgie developer community really shows in 21.04

We now include another Mac like makeover using the fabulous WhiteSur theme and icons through a click of a button. We have also backported this to 20.04 LTS and 21.04.

Also, we also have show-cased two new optional applets from the budgie developer community. Again we have backported these and made available to 20.04 LTS and 21.04.

Our desktop has been refreshed – we now sport a darker theme as a default with a brand new makeup for our Pocillo icons.

Windows Shuffler now includes a key new capability called Layouts. Its now just a click of a button to move/launch/run windows and apps across multiple monitors in whatever desktop layout you want.

Taken together, all the smaller changes plus the larger enhancements shapes our distro to be fully flexible and customisable to your workflow; with sane defaults to provide a first rate experience from the get-go. 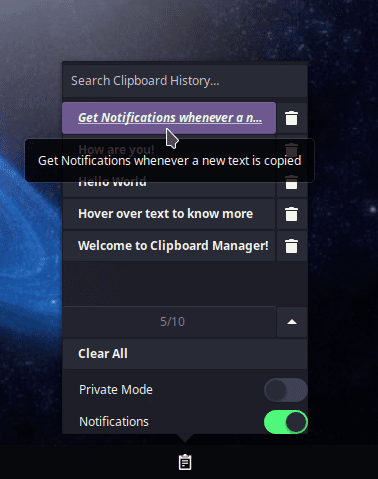 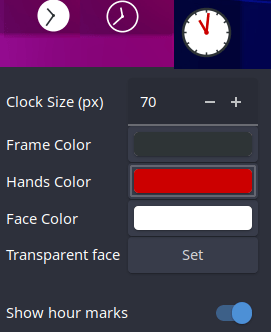 Budgie Menu has received various refinements for this release: 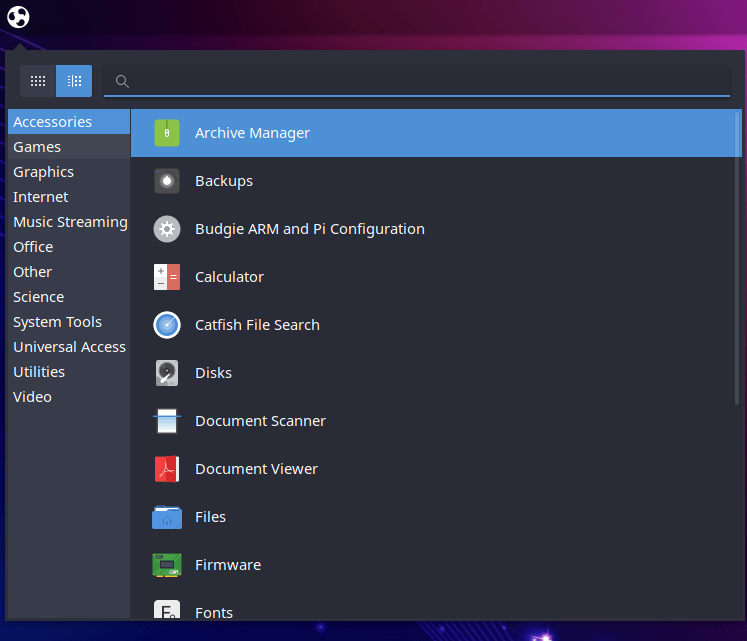 The Icon Tasklist applet has seen new features and behaviour refinements in Budgie 10.5.2. 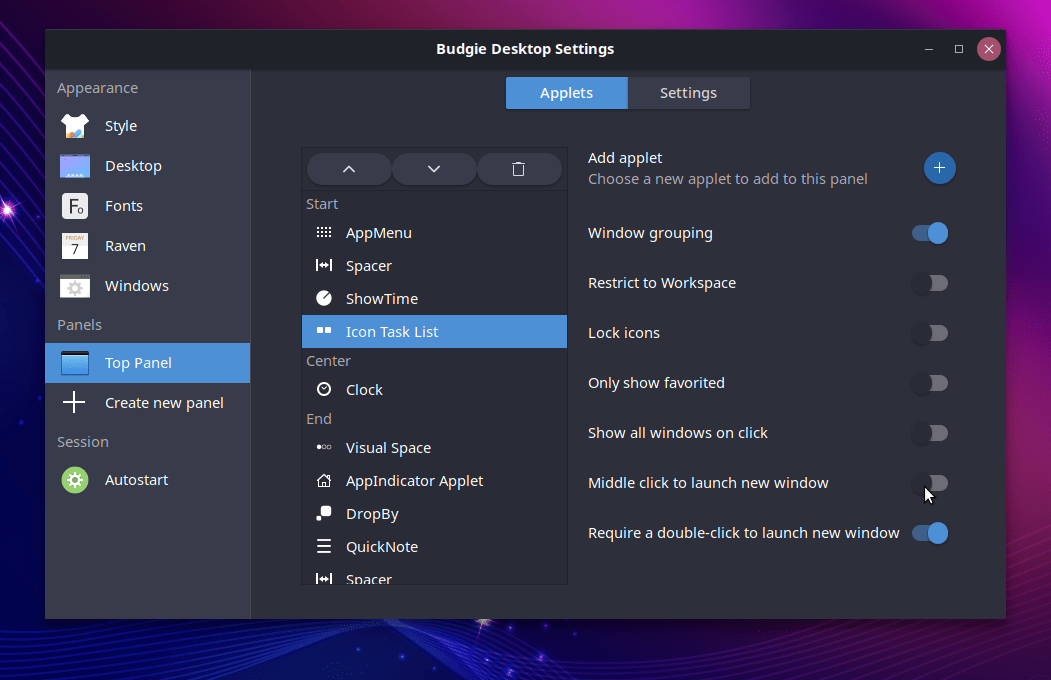 The Sound applet has seen a redesign and now features a dedicated button for mute toggling, as well as leveraging iconography for the System Settings button rather than text. 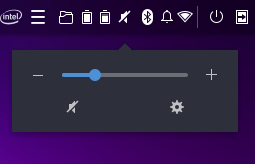 Dating back to the days of Budgie 7 in 2014, Budgie had been using an na-tray implementation also seen in desktop environments such as Cinnamon for the creation and management of system tray icons. Thanks to the incredible work by Solus contributor Campbell Jones, the System Tray has been completely rewritten from scratch, supporting tray icons leveraging the XEmbed Protocol. This new implementation resolves numerous issues such as:

Additionally, a configuration option has been added for the System Tray that enables the setting of spacing between individual icons, making it perfect for those that want both their applets and tray icons to be equidistant! 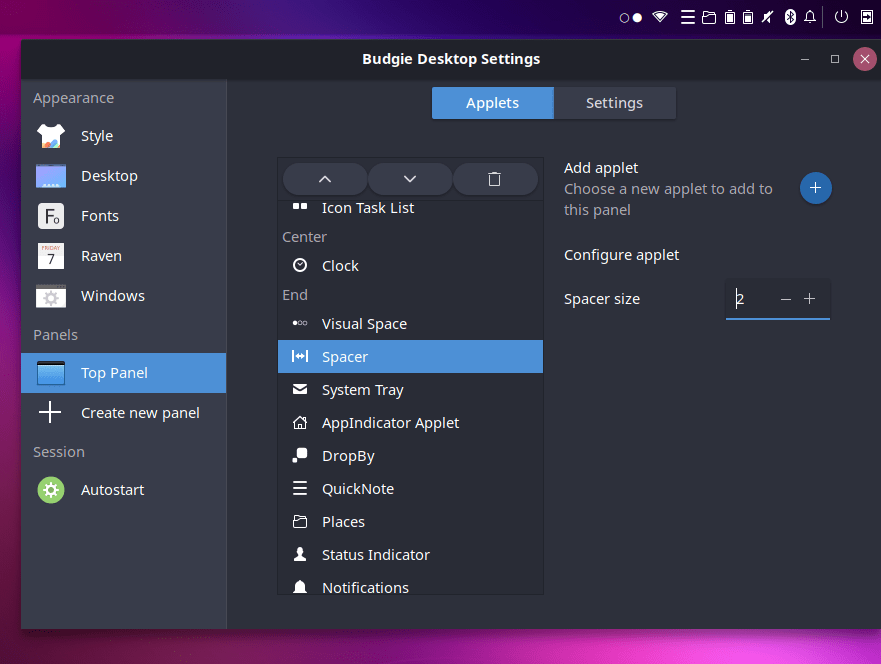 Budgie Desktop View has been updated to provide a clearer differentiation between removing a Panel and removing an applet from a Panel. A dedicated button for removing a panel has been added below the Panel’s applet list, with a description that makes its purpose clearer. This button will not appear when you only have one panel in your Budgie setup. Building on this, we have removed the option to disable the panel removal confirmation dialog. From user reports, the consensus was that this option was too easy to enable, would result in accidental permanent removal of panels more frequently than desired, and lacked a clear user-friendly method to re-enable the prompt. 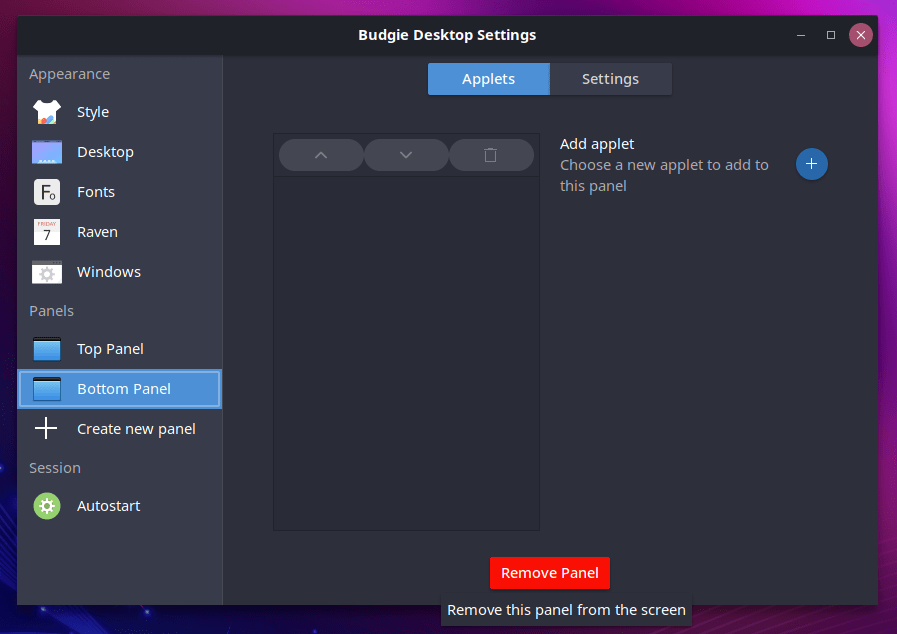 For those which use Budgie in another language than English, the menu items presented when adding a new Autostart application or command via the Autostart section are now translatable. For any language which has the terms translated, those will be used instead.

Budgie 10.5.2 is the first release of Budgie to feature a new budgie specific desktop icons implementation. Whilst not the default in Ubuntu Budgie, it is available to be installed called budgie-desktop-view. 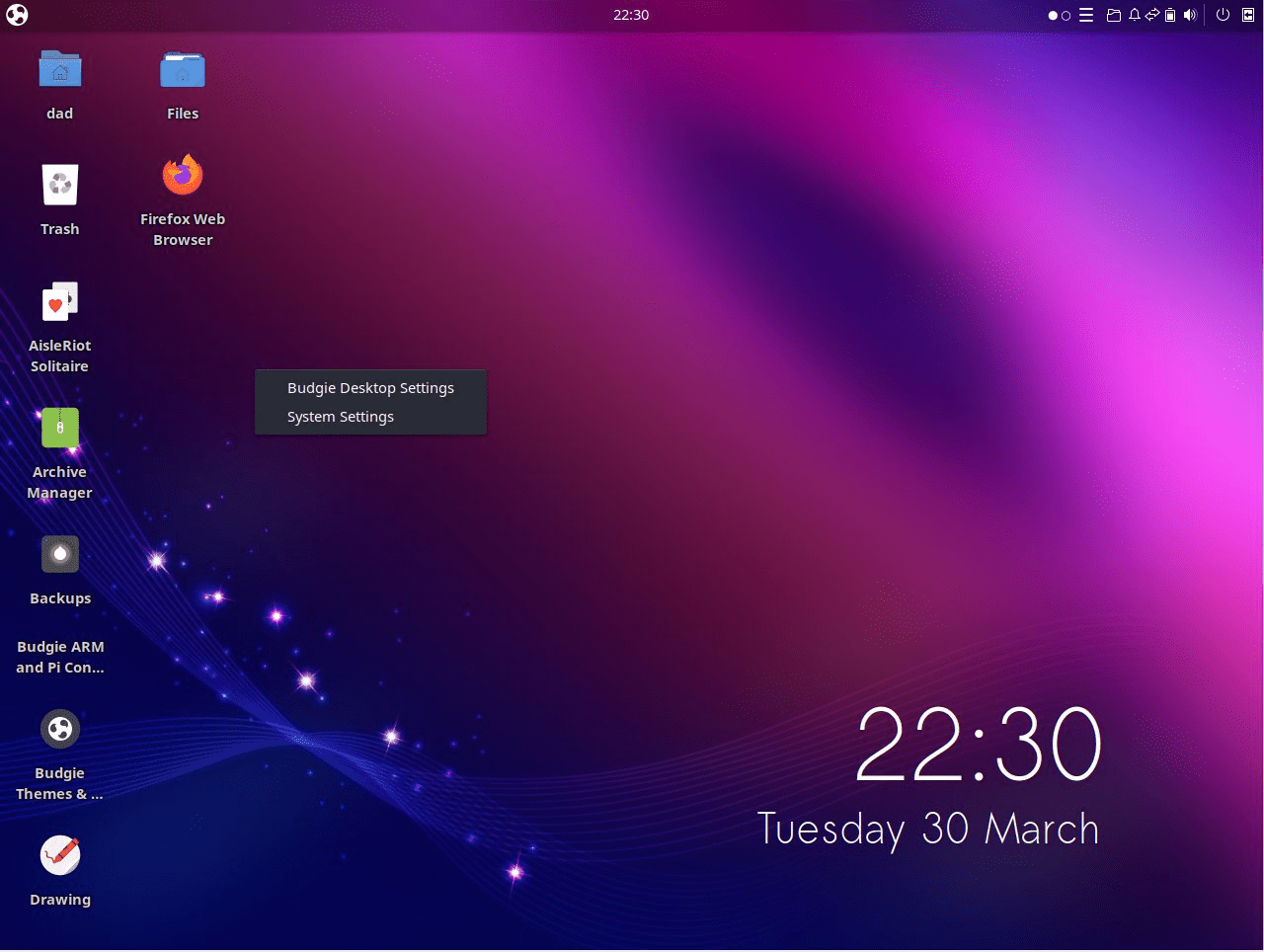 This budgie specific implementation has been to introduce via a new, separate project that could be iterated on independently from Budgie Desktop itself. This project needed to be rigorously focused and developed with an understanding of the scope and intent of the project, not trying to be a file manager but rather a method of quickly accessing the content and applications you consider most important.

Budgie has always been about striking a balance in customization and that extends to the support we provide downstreams like Ubuntu Budgie as well. That is why we worked hard on introducing a new vendor-oriented mechanism to enable downstreams to choose a desktop icons implementation that fits them and their users best. Alongside our own “native” Budgie Desktop View implementation, we are providing official support in the Budgie Desktop Settings application for the configuration of DesktopFolder and Nemo.

Users will be able to choose between this behaviour, called “Automatic”, as well as left and right sides! 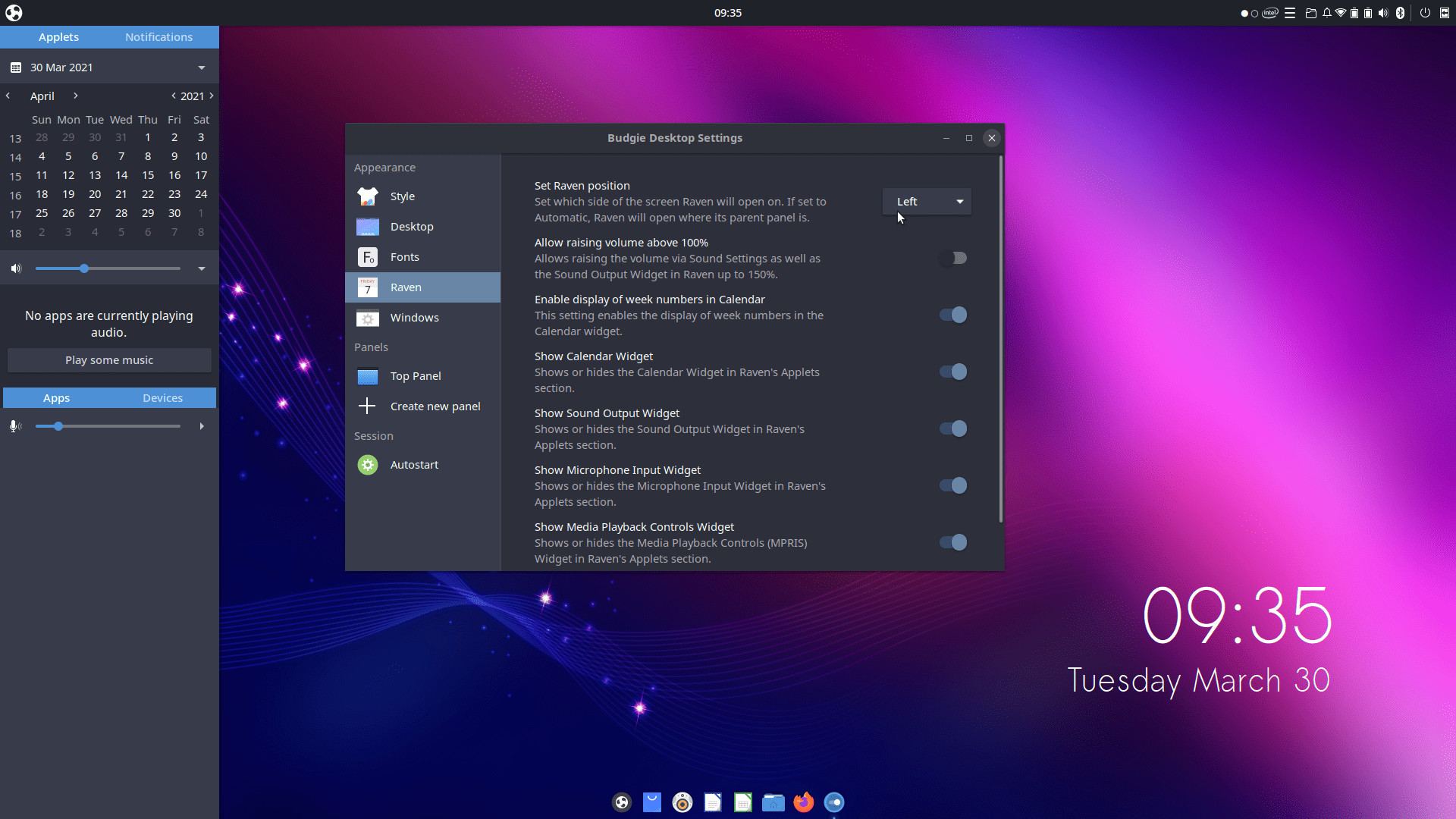 Translations Thanks to our incredible community members that have stepped up to translate Budgie, Budgie is now more accessible than ever. Budgie 10.5.2 introduces support for three new languages: Afrikaans, Albanian, and Hindi. Budgie now has 40 languages which have 90% or more coverage and we have seen dedicated translators step up for a wide range of languages, many of which are now completely translated.

We are still working hard to get Budgie translated 100% into many languages. If you are interested in helping translate Budgie into your language, feel free to reach out!

Here are some other aspects of Budgie that received refinements:

In addition to all the quality of life improvements and features we have added, Budgie 10.5.2 introduces many bug fixes including for some issues dating back years to the early days of Budgie 10.

For this release, Ubuntu Budgei also has a fix added for non-english keyboard layouts such as Japanese/Chinese/Korean etc. We have added a bug-fix into budgie-desktop so that Ibus suggestions are displayed. 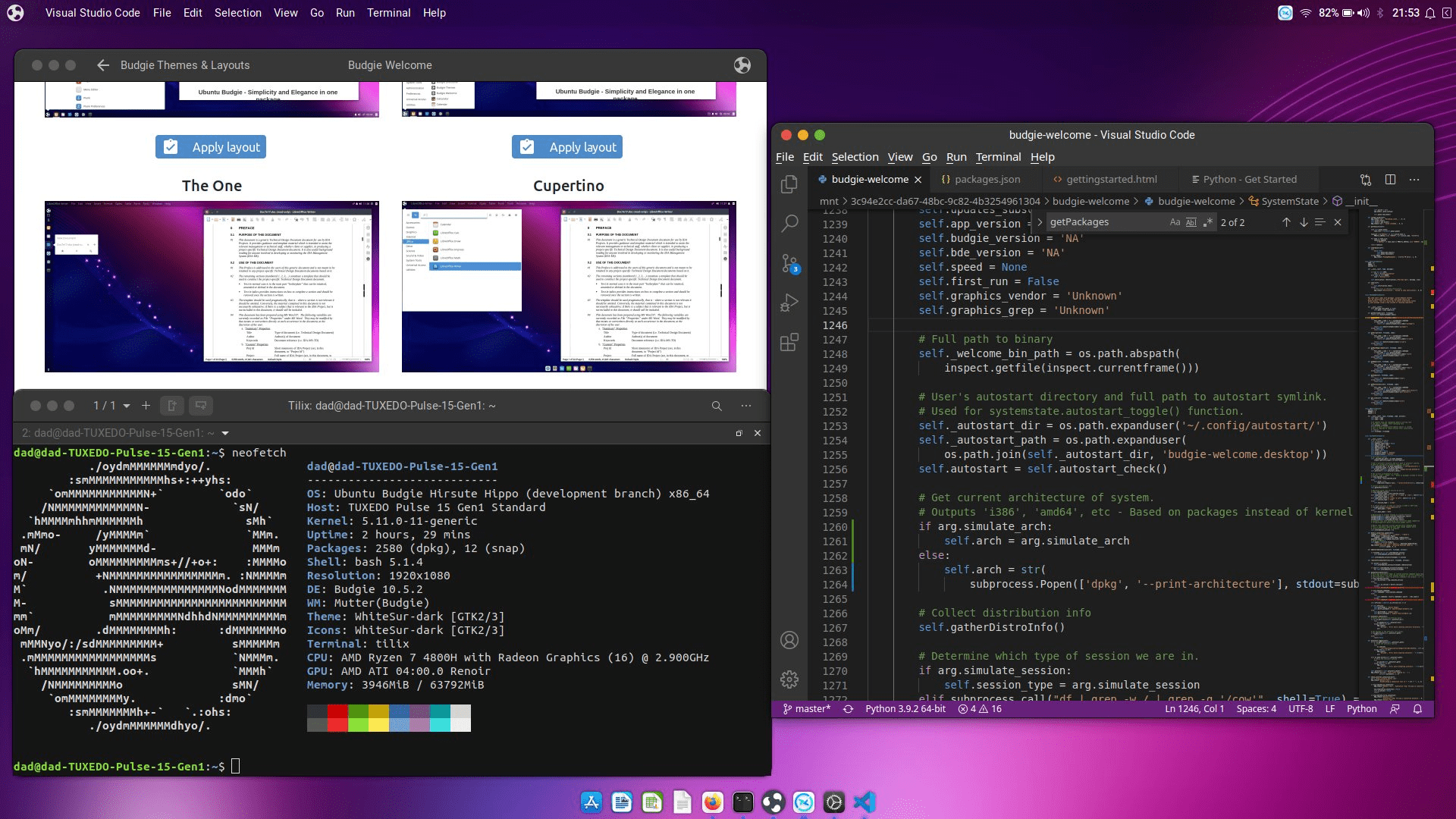 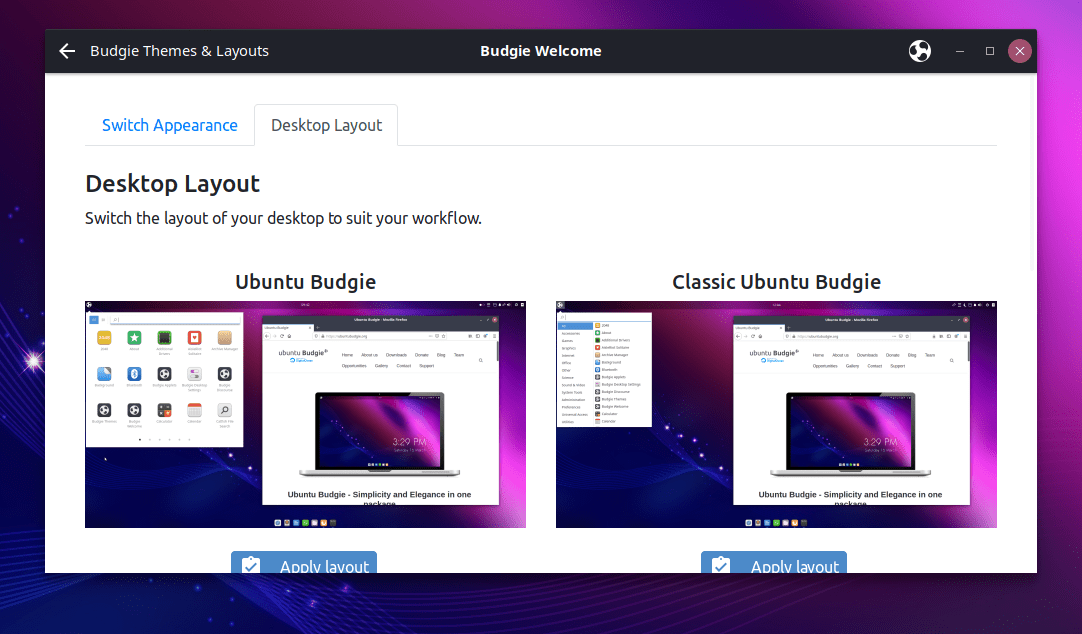 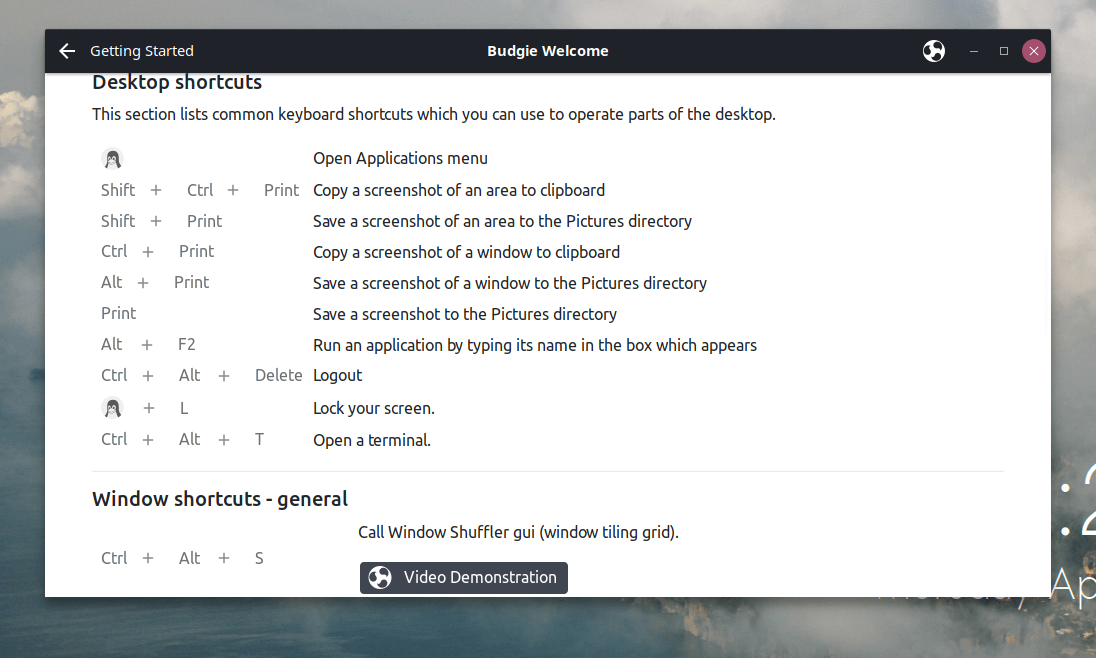 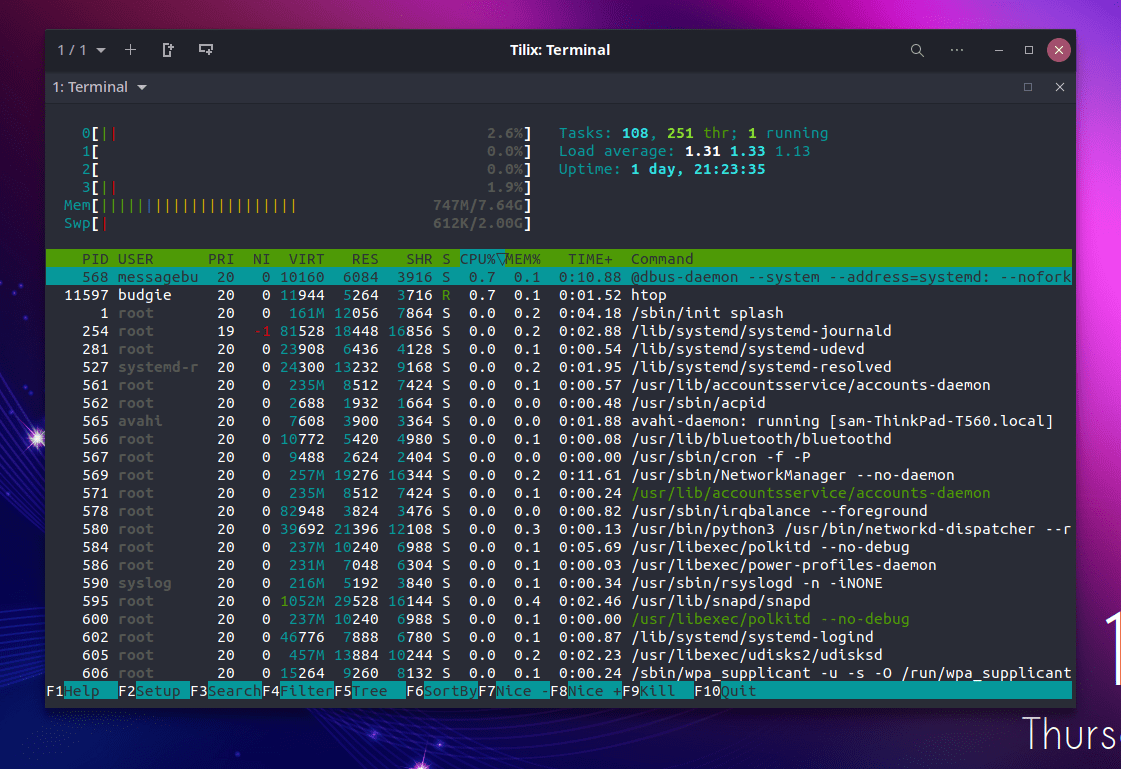 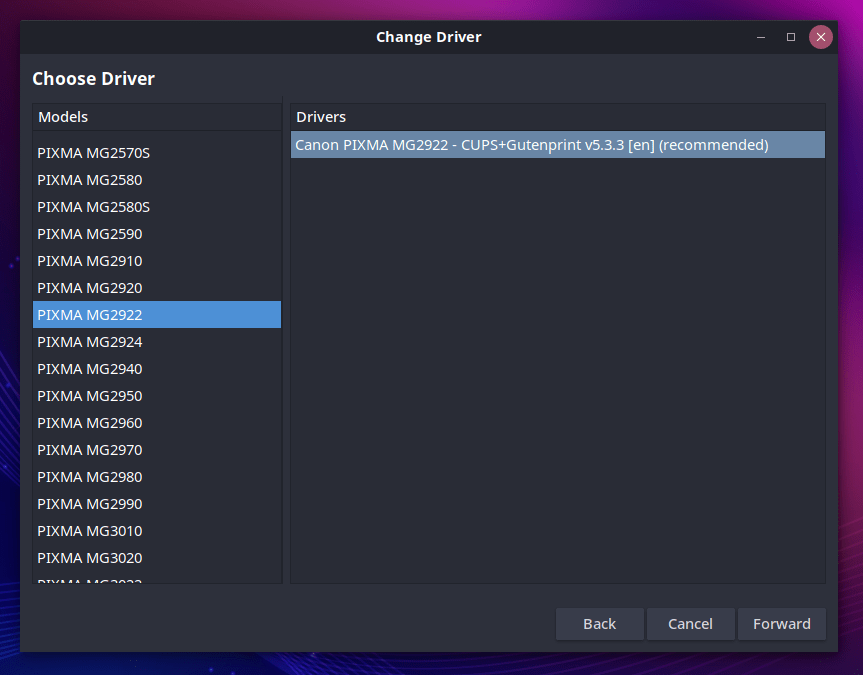 Areas to look out for 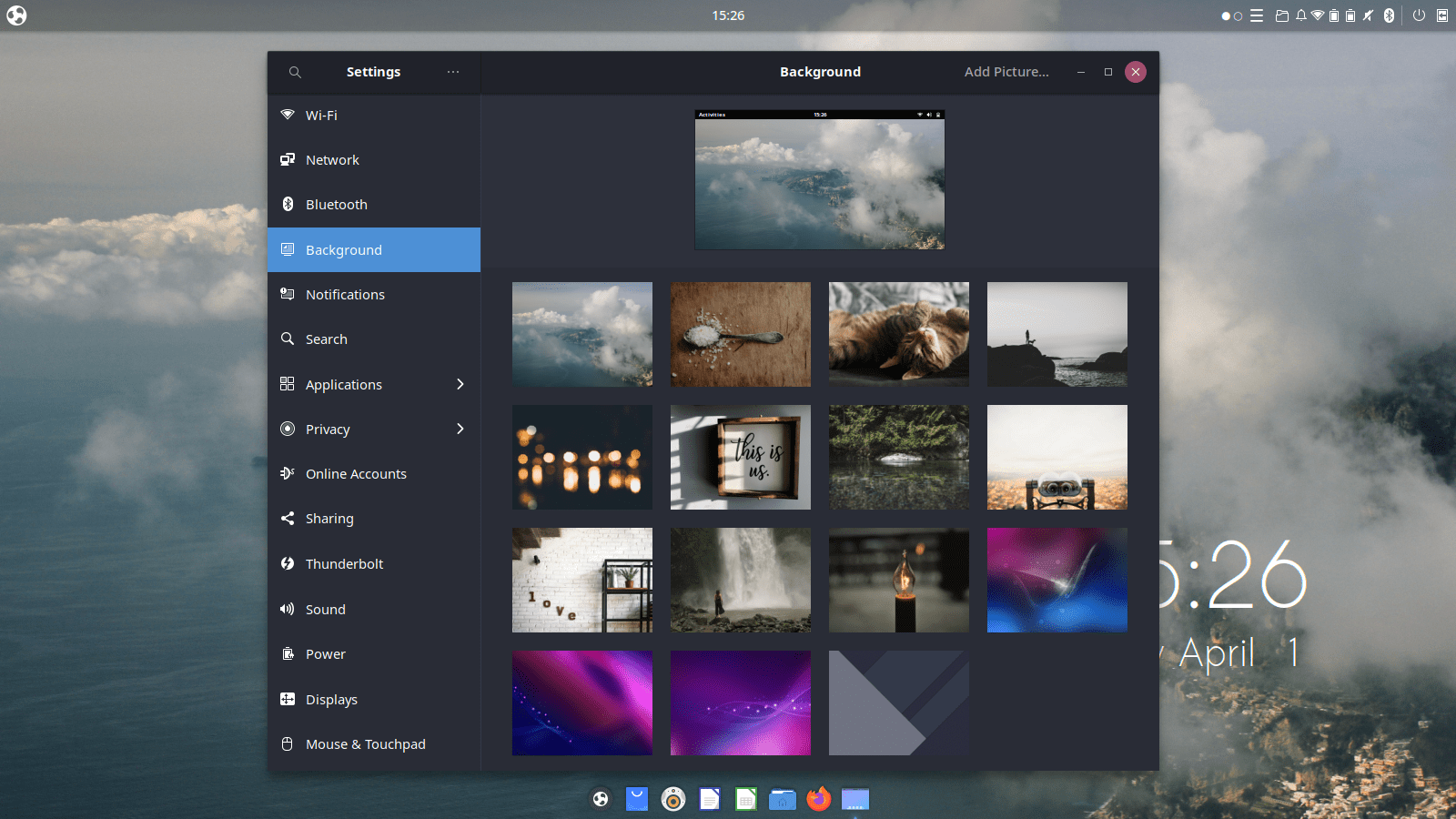 What does all that mean – most cutting edge yet stable software that brings great benefits for brand new hardware compatibility – including support for the very latest games.

Apart from the above (!) UB maintains many Debian packages. New versions available in 21.04 include:

IMPORTANT: remember to double-check you have the following vital package before you upgrade:

A few days/week or two after the formal release of 21.04 in April you will be automatically offered a graphical prompt to upgrade.

Alternatively, from a command line run:

Please refer to the community wiki for more help:

Also, Ask Ubuntu has an excellent guide to help you upgrade:

Thanks to the generosity of discourse.org, our support site is the crucial site for all things Ubuntu Budgie.

More information can be found here.

We just wanted to thank our infrastructure sponsors who help us keep the lights on.

On a mission to simplify cloud computing so developers and their teams can spend more time building software that changes the world.

Discourse is the 100% open source discussion platform built for the next decade of the Internet. Use it as a mailing list, discussion forum, long-form chat room, and more!

Status.io was built to help companies enhance transparency and keep their customers in the loop during downtime. The Status.io platform enables organizations to maintain a customized public system status page, external to their infrastructure, that always displays the current health of their app, website or service.

SerpAPI allows you to scrape Google and other search engines from their fast, easy, and complete API.