Skip to the content
Table of Content
With the Qt 5-based Budgie Desktop 11 beginning development, 10.3 marks the final phase of the 10.x series. Future 10.3 releases will only include minor updates and tweaks.

Budgie now supports the downloading of artwork for the MprisClient. Including new code to prevent duplicate artwork from being downloaded (previously most noticeable in Spotify).

Added a new implementation of Alt-Tab improving upon the previous version with enhanced speed, visuals and reliability.

With the 10.3 release, Clock Applet now includes customization options such as displaying 24 hour time and the date. 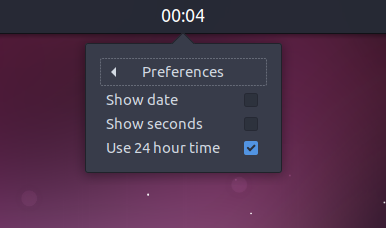 The following issues have been resolved with GTK 3.22:

Various Budgie Applets have had the following bug fixes:

Removed the initial network connection notification to avoid spamming the user on startup.

Resolved a crash in budgie-wm that would occur when the current locale is deleted.

The informational content has been derived from the Solus Project’s Budgie Desktop original release notes located here: https://solus-project.com/2017/04/18/solus-releases-iso-snapshot-20170418-0/. Special thanks to the Solus Project who had put a reward in place (500 EUR) to encourage a community contribution and push the Alt-Tab switcher through!

How to Update to Budgie Desktop V 10.3

You simply will need to update using the traditional mechanisms such as the Softwareapplication, or running the following command:

You will first need to enable the backports PPA before you will have the 10.3 update made available to you. At this point, you can then update using the traditional mechanisms such as the Softwareapplication, or running the following command:
We use cookies on our website to give you the most relevant experience by remembering your preferences and repeat visits. By clicking “Accept”, you consent to the use of ALL the cookies.
Do not sell my personal information.
Cookie SettingsAccept
Manage consent